Founder of Torelló Viticultors, who, in 1951, began making quality sparkling wine at the Can Martí farmhouse. 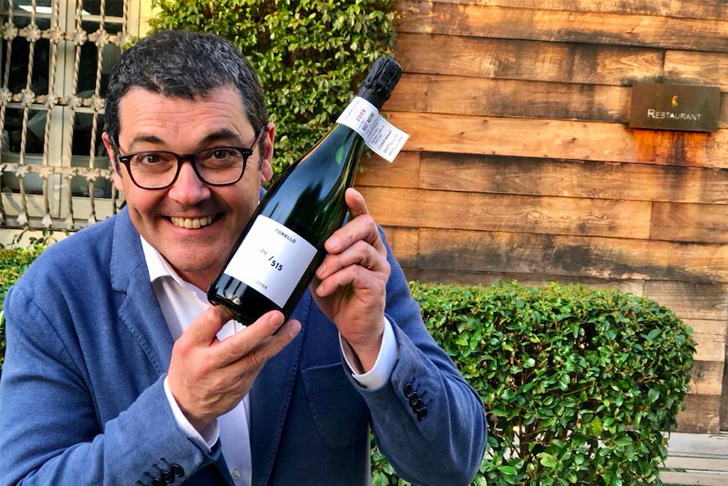 Made with grapes from the Macabeu, Xarel·lo and Parellada varieties of vines from the Finca Can Martí, it is a sparkling Brut Nature with 10 years of aging in the bottle. A tribute to Francesc Torelló Casanovas, founder of Torelló Viticultors, who, in 1951, began making quality sparkling wine at the Can Martí farmhouse.

Torelló Collection 2009 is the evolution over time of Torelló Brut Nature 2009. A wine collection of 515 75 cl and 50 magnum bottles that have been aged for 10 years. In its day, this 2009 vintage, it was deserving of the prestigious International Wine Challenge (IWC) award as Best Sparkling Wine of the Year, which is why bottles were aged in different vintages that confirm its great potential for ‘aging and enrichment in flavors and aromas.

Luis Gutiérrez, Robert Parker’s taster for The Wine Advocate, recently awarded him 94 points and added: “the new 2009 Collection is a late slaughter of the Torelló Tradicional Brut Nature that has matured for almost 10 years. It is a complex and subtle sparkling wine with a very long aging that imparts smoky and brioche notes and a creamy texture with great finesse. It should last well in the bottle. Paco de la Rosa Torelló likes to think of it as a great wine that has bubbles. This has an extra dimension of complexity and nuance that is remarkable.

The 2022 harvest at Torelló Winegrowers. Drought and night harvesting.

By accessing this website, you certify that you are of legal age and aware of the regulations on the consumption of alcoholic beverages in your country.